Originally released in 2008, 428: Shibuya Scramble finally arrives in the West for Steam® and for the PlayStation®4 system!

Revolving around the lives of five protagonists who get dragged into a kidnapping case, you must make choices for each character that will undoubtedly alter the story for another, all within a ten-hour period. This creates the possibility of over 50 different endings!

With an unconventional palette consisting of text, live action stills, and video sequences to paint the narrative, 428 provides humor, uniqueness, and much intrigue that will entice you to reach all endings.

A Mosaic of Mediums – Unlike traditional visual novels, the narrative is presented with a palette of different mediums, combining text, live action stills, and video sequences.

Non-linear Storytelling – Five Protagonists. 10 Hours. Decisions made in one character’s story can affect the story of another character in unforeseen ways, culminating in a total of over 50 different endings!

Real-Life Shibuya, Tokyo – Engaging text combines with immersive live action stills and video sequences to bring you into the heart of Shibuya’s famous scramble crossing and into the intricate plot that unfolds!

Critically Acclaimed – From the team that pioneered the adventure novel genre, 428: Shibuya Scramble is a new, engaging adventure! 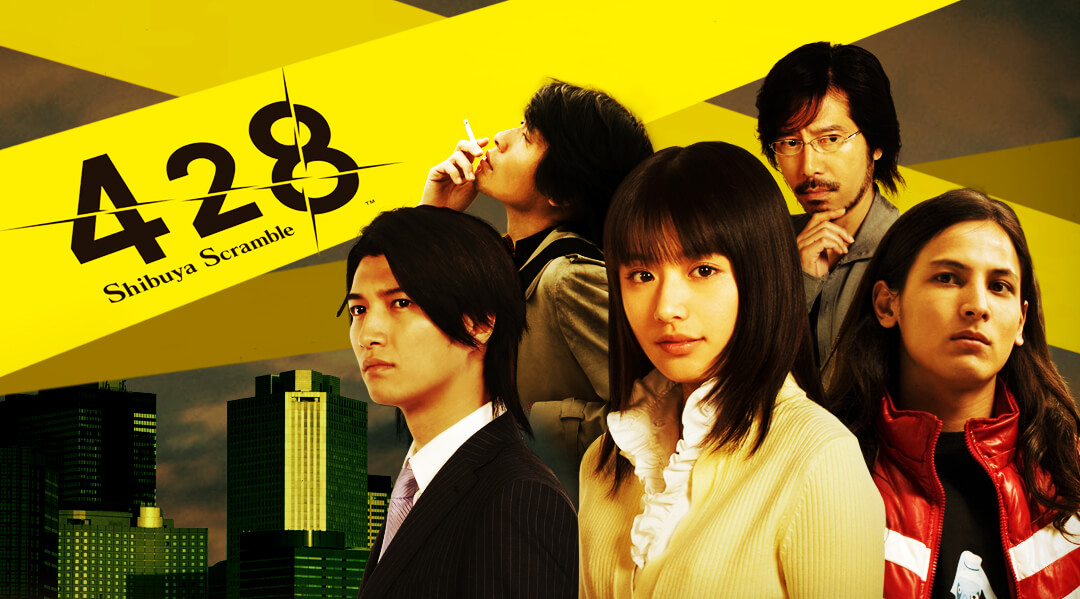