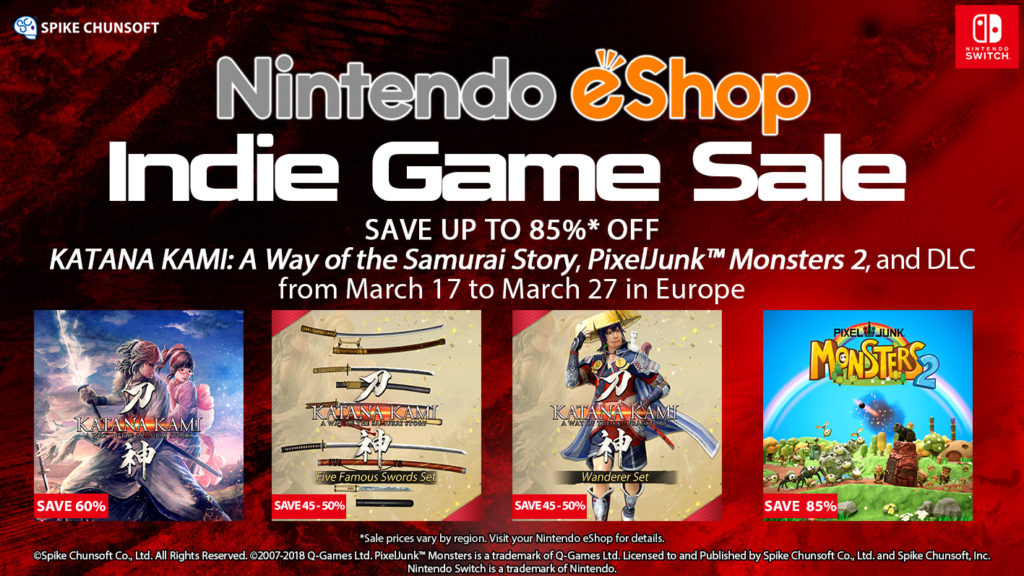 Save up to 85% on select Spike Chunsoft, Inc. titles for Nintendo Switch during the Nintendo eShop Europe Indie Game Sale happening March 17, 2022, until March 27, 2022. Sale prices vary by region. Check your Nintendo eShop for details. Discounted titles include these indie hits.

KATANA KAMI: A Way of the Samurai Story - 60% Off
Wanderer Set DLC - 45% to 50% Off*
Five Famous Swords Set DLC - 45% to 50% Off*
*Visit the Nintendo eShop in your region for details.
Play as a ronin during Japan’s Meiji Restoration in the volatile Rokkotsu Pass. The swordsmith Dojima falls into debt and his beautiful daughter is taken as collateral. Help repay the debt by crafting swords by day and exploring the mysterious, twisting dungeons of the Ipponmatsu Cave for valuable materials at night. Visit Nintendo eShop for KATANA KAMI: A Way of the Samurai Story (UK)