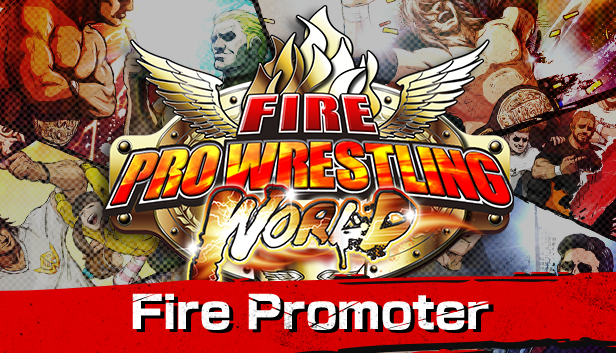 For Steam users, the Fire Pro Wrestling World is 50% off and the Fire Promoter DLC will be available at a 10% discount in a Steam Bundle with the NJPW Collaboration DLC.

About the Fire Promoter DLC

Call the shots as manager of your own pro wrestling promotion! Build up your team of talent from local heroes to living legends. The world is yours for the taking.