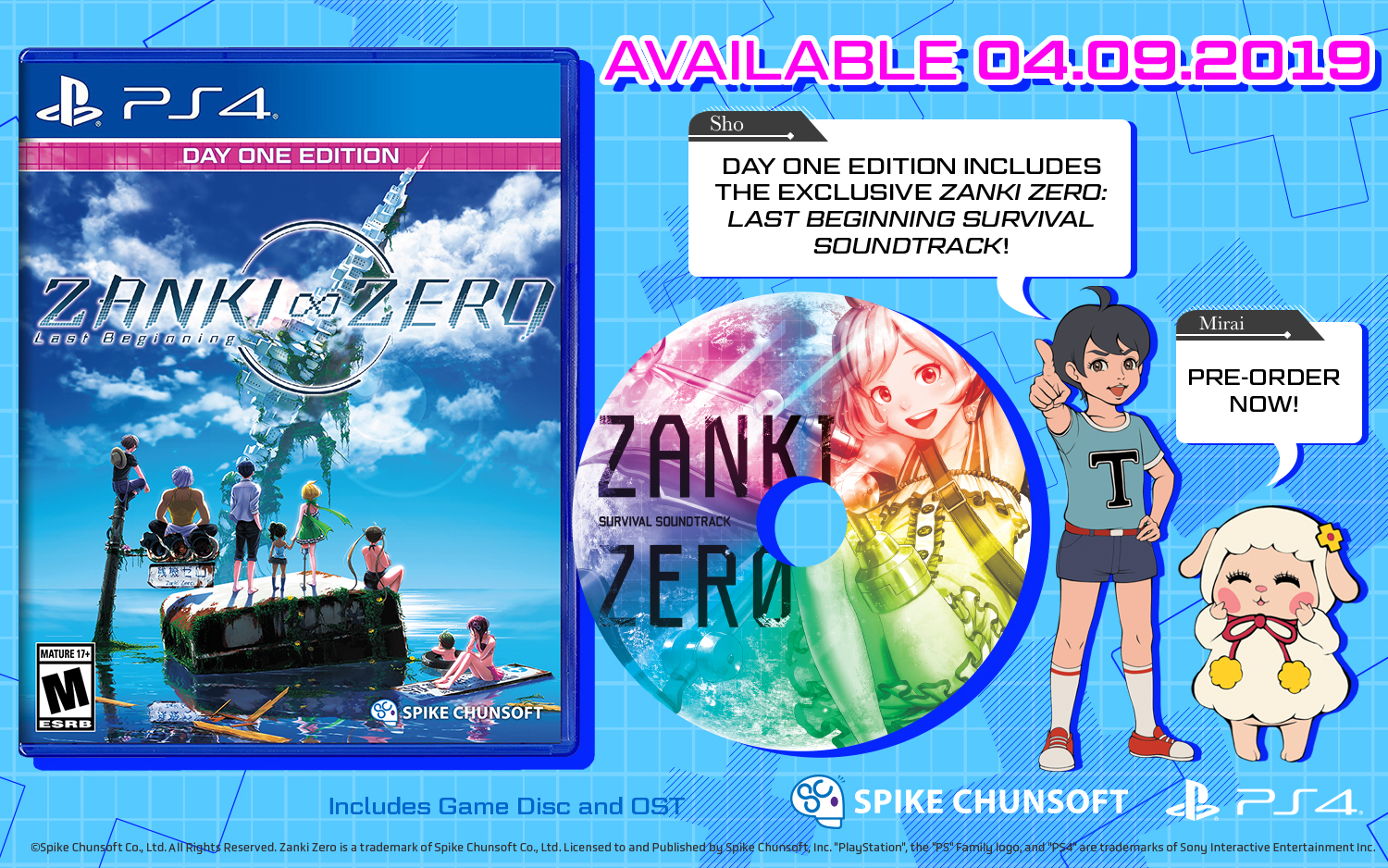 Zanki Zero: Last Beginning comes to the PlayStation 4 and Steam on April 9, 2019!

Pre-order the retail version now to secure your copy of the Day 1 Edition, which includes the Zanki Zero: Last Beginning Survival Soundtrack, a physical soundtrack with over 30 tracks from the game. The game releases on April 9, 2019. More info here: https://www.spike-chunsoft.com/zaz

We would like to inform the community about the following additions are included in the localized release:

To ensure a release for the West, changes were made to comply with the Western market. These content changes will also be included in the localized PlayStation®4 and Steam® (PC) versions. To reduce content which could be interpreted as sexualization of characters depicted as minors, the following changes have been made: