Nominate Us in the 2022 Steam Awards! 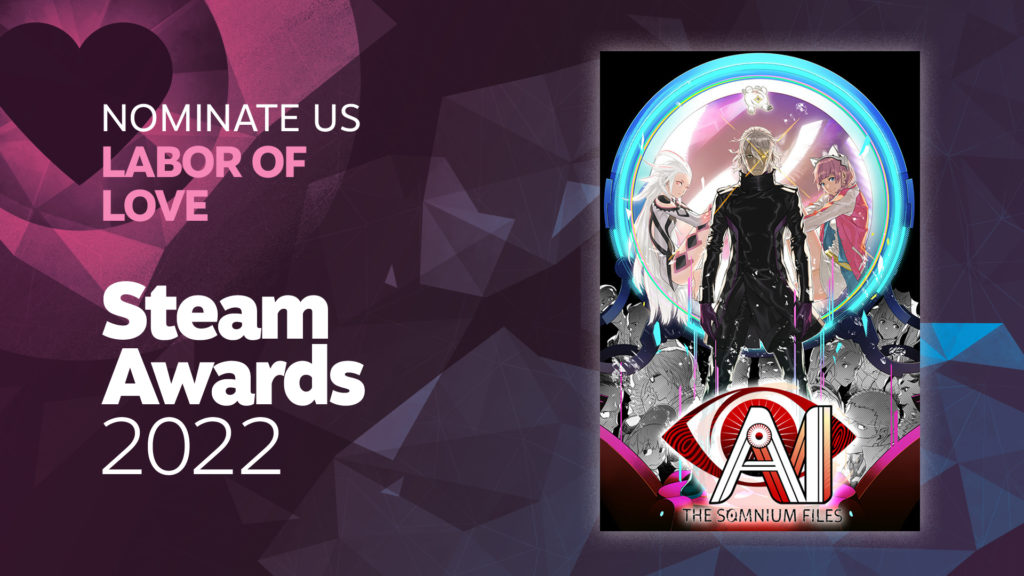 This year several new titles were added to the Spike Chunsoft title lineup and we would love to see your support for the latest releases along with some old favorites!

Below are the titles we've selected for nomination in the 2022 Steam Awards. Please follow the links to support your favorite titles! 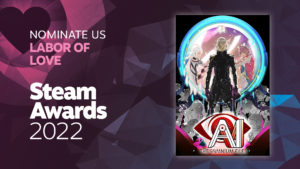 AI: THE SOMNIUM FILES for Labor of Love

The mind never lies… In a near-future Tokyo, detective Kaname Date is on the case of a mysterious serial killer. Date must investigate crime scenes as well as dreams on the hunt for clues. From the mind of Kotaro Uchikoshi (Zero Escape series director), with character design by Yusuke Kozaki (NO MORE HEROES, Fire Emblem series), a thrilling neo-noir detective adventure is about to unfold.

VISIT THE EVENT PAGE TO CAST YOUR VOTE AI: THE SOMNIUM FILES 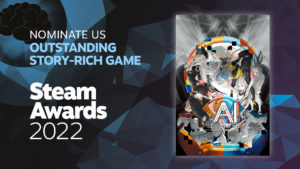 Six years ago, the right half of a corpse was discovered. The left half was never found…until six years later, completely fresh with no signs of decay. Now, Special Agents Mizuki and Ryuki, along with their AI partners Aiba and Tama, are tasked to solve the bizarre Half Body serial killings while unveiling the mysterious plot known only as the Nirvana Initiative.

VISIT THE EVENT PAGE TO CAST YOUR VOTE FOR AI: THE SOMNIUM FILES – nirvanA Initiative 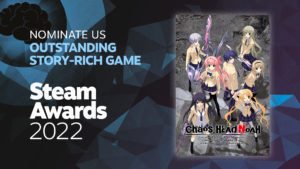 Takumi Nishijo is a second-year high school student on the verge of becoming a shut-in. “I have no interest in 3D.” He lives surrounded by his beautiful girl figures in his room. He lives in Shibuya, where there has been a series of bizarre serial murders known as “New Generation Madness” (aka NewGen). The culprit has yet to be caught and has been causing unrest on the internet and television. One day, a gruesome image that seemed to predict the next NewGen killing was sent by a mysterious figure called “Shogun.” The next day, on his way home from school, Takumi encounters a horrific crime scene, exactly as predicted. Before the corpse is a blood-soaked girl – Rimi Sakihata.

VISIT THE EVENT PAGE TO CAST YOUR VOTE FOR CHAOS;HEAD NOAH 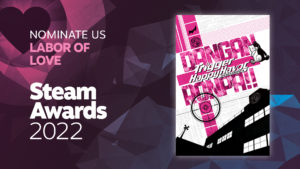 Hope’s Peak Academy is home to Japan’s best and brightest high school students—the beacons of hope for the future. But that hope suddenly dies when Makoto Naegi and his classmates find themselves imprisoned in the school, cut off from the outside world and subject to the whims of a strange, murderous little bear named Monokuma. He pits the students against each other, promising freedom to anyone who can murder a fellow classmate and get away with it. It’s up to you to find out who Monokuma really is, and why you've been taken from the world you once knew. But be careful what you wish for—sometimes there’s nothing more deadly than the truth…

VISIT THE EVENT PAGE TO CAST YOUR VOTE FOR Danganronpa: Trigger Happy Havoc 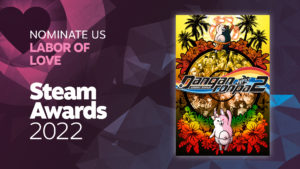 Jabberwock Island – once a popular tourist destination, this now uninhabited island remains oddly pristine. You and your classmates at the elite Hope’s Peak Academy have been brought to this island by your super-cute teacher for a “lovey-dovey, heart-throbbing school trip.” Everyone seems to be having fun in the sun…until Monokuma returns to restart his murderous game! Trapped on this island of mutual killing, your only hope of escape rests in solving the island’s mysteries. But be warned—sometimes the truth can be its own despair…

VISIT THE EVENT PAGE TO CAST YOUR VOTE FOR Danganronpa 2: Goodbye Despair 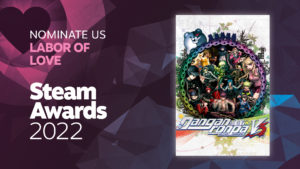 Welcome to a new world of Danganronpa, and prepare yourself for the biggest, most exhilarating episode yet. Set in a “psycho-cool” environment, a new cast of 16 characters find themselves kidnapped and imprisoned in a school. Inside, some will kill, some will die, and some will be punished. Reimagine what you thought high-stakes, fast-paced investigation was as you investigate twisted murder cases and condemn your new friends to death.

VISIT THE EVENT PAGE TO CAST YOUR VOTE FOR Danganronpa V3: Killing Harmony 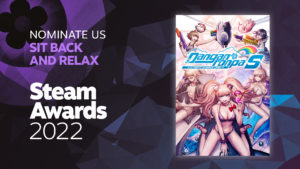 With an all-star dream lineup of characters from each Danganronpa game, gather Hope Fragments at a tropical resort. Explore Jabberwock Island and develop your Dangan characters. Gather money through battle and upgrade your equipment, then defeat bosses and move on to the next island! 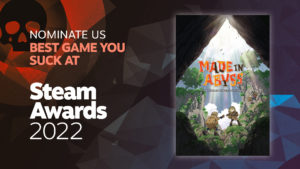 Made in Abyss: Binary Star Falling into Darkness for Best Game You Suck At

VISIT THE EVENT PAGE TO CAST YOUR VOTE FOR Made in Abyss: Binary Star Falling into Darkness 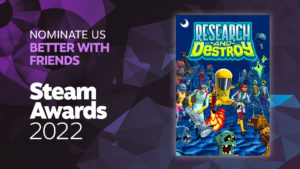 RESEARCH and DESTROY for Better With Friends

Take control of three brilliant scientists as you RESEARCH and develop strange new weapons and gadgets to DESTROY the Supernatural hordes that have all but crushed humanity!

You can cast your vote between November 22 -29. All of these titles and more are currently on sale in the Steam Autumn Sale!