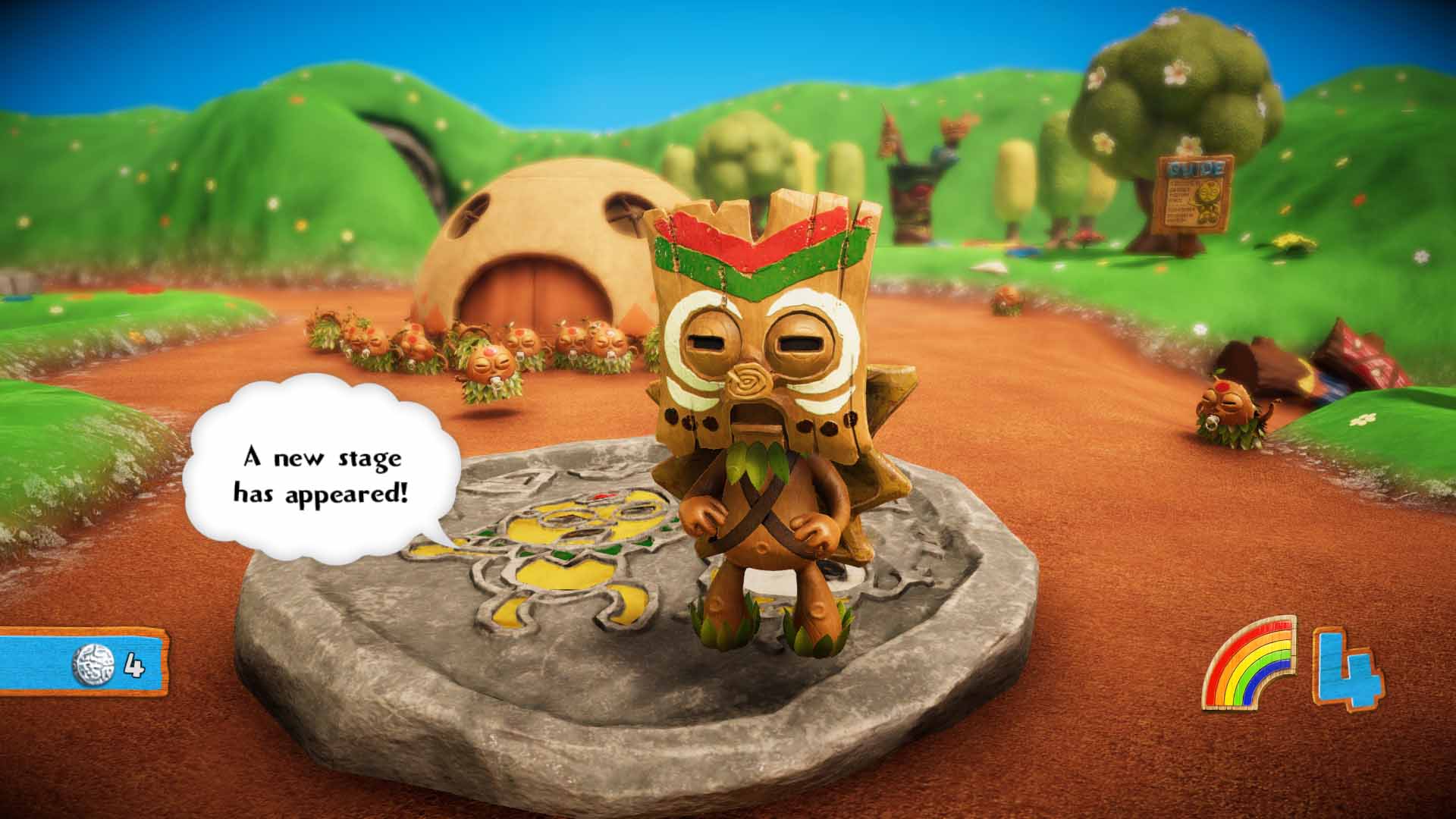 A new patch is out for PixelJunk™ Monsters 2 on PlayStation®4 and Nintendo Switch™! The update includes new supported languages, French, Italian, Spanish, and German. You can download the game from the PlayStation Store, Nintendo Switch eShop, or Steam Store.

The Weekly Stage and the Random Stage have been added for Nintendo Switch (NA &EU) and PS4 (NA)! Play infinite variations!

- About the Weekly Stage

Discover a new stage every week and use your imagination to find the best strategy to survive the new hordes of monsters invading your domain.

Clear the Weekly Stage to get a new Mask or Shell.

You can also compare your score with players around the globe!

* Weekly Stage ranking board is reset every 4 weeks.

- About the Random Stage

A good place for training or tough challenges!

- Added Photo Mode
Pause the game to remove the UI and take screenshots.

* The Weekly Stage and the Random Stage become accessible once at least 3 rainbow fragments have been acquired.