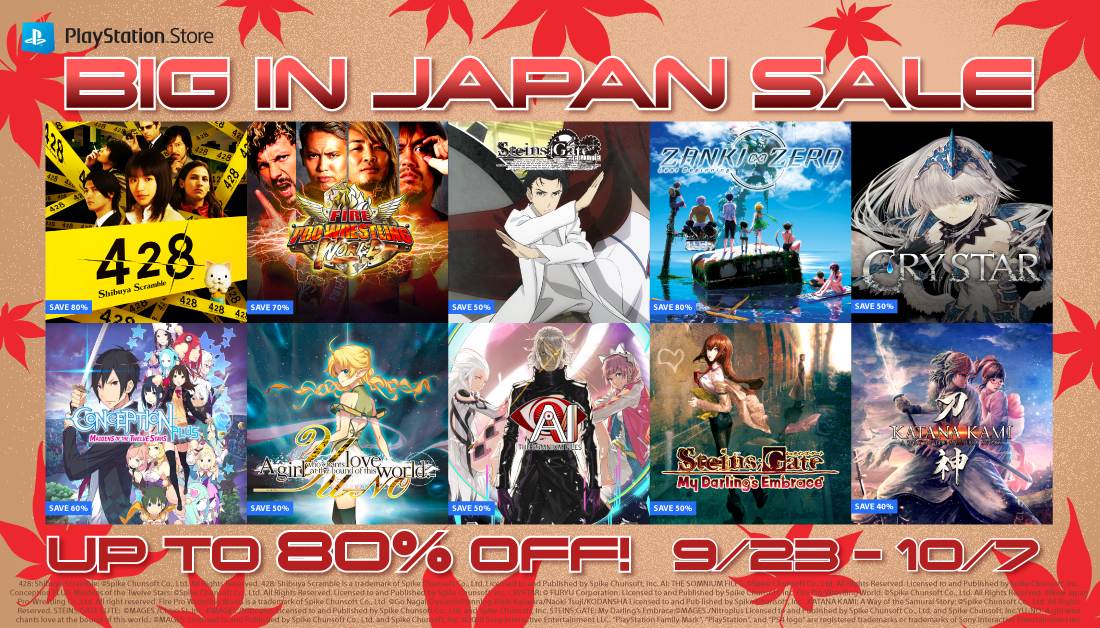 LONG BEACH, September 23, 2020 - It's savings time! The Big in Japan Sale is happening from September 23, 2020 to October 7, 2020! Spike Chunsoft, Inc. titles are up to 80% off on the North American and European PlayStation™Store! Find out more about the games and discount percentages below.

KATANA KAMI: A Way of the Samurai Story main game and DLC - 40% off

The greatest grappling game returns to take on the world on the PlayStation®4 System! In Fire Pro Wrestling World, customize every aspect of the match, from your wrestler to the ring itself, to fight your way to the championship belt.