» News » Save Up to 85% on Select Spike Chunsoft, Inc. Titles During the PlayStation™ Store Planet of the Discounts Sale

Save Up to 85% on Select Spike Chunsoft, Inc. Titles During the PlayStation™ Store Planet of the Discounts Sale 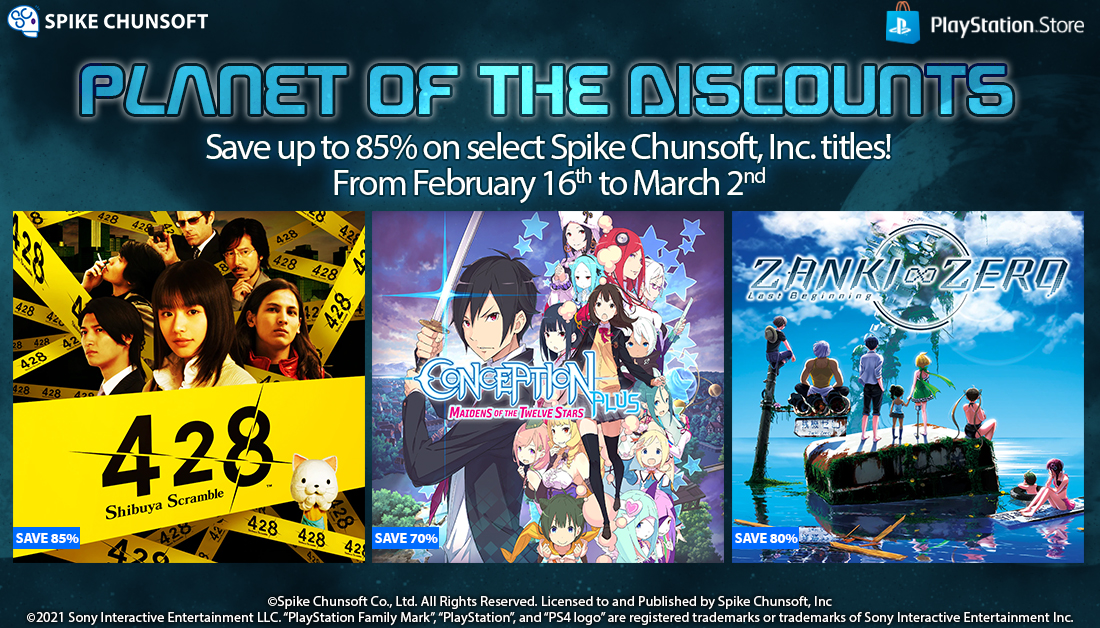 Get ready to explore new worlds. Save up to 85% on hit Spike Chunsoft, Inc. PS4™ titles during the PlayStation™Store Planet of the Discounts sale from February 16 to March 2, 2022 in North America and Europe. Visit the PlayStation Store for details.

428: Shibuya Scramble - 85% Off
Revolving around the lives of five protagonists who get dragged into a kidnapping case, you must make choices for each character that will undoubtedly alter the story for another, all within a ten-hour period. This creates the possibility of over 90 different endings! With an unconventional palette consisting of text, live-action stills, and video sequences to paint the narrative, 428 provides humor, uniqueness, and much intrigue that will entice you to reach all endings. Go to 428 PlayStation Store Page