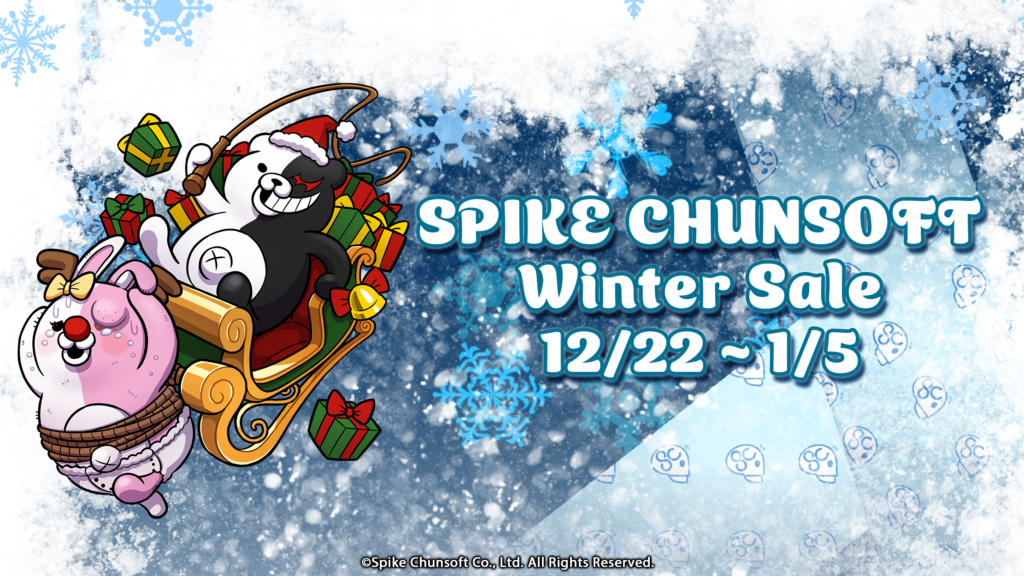 It's time for the Steam® Summer Sale. Save up to 90% on select Spike Chunsoft titles from November 22 -29. Find out more about the games and discounts below. For additional details visit the sale page on Steam.

AI: THE SOMNIUM FILES – nirvanA Initiative - 30% Off
Six years ago, the right half of a corpse was discovered. The left half was never found…until six years later, completely fresh with no signs of decay. Now, Special Agents Mizuki and Ryuki, along with their AI partners Aiba and Tama, are tasked to solve the bizarre Half Body serial killings while unveiling the mysterious plot known only as the Nirvana Initiative. Go to AI: THE SOMNIUM FILES – nirvanA Initiative Steam Store Page

CRYSTAR - 60% OFF
For when I weep, then I am strong. A girl named Rei and Mirai, her little sister, are dragged into the afterworld of Purgatory. To save her sister, Rei signs a contract with the Demons of Purgatory to fight the monsters infesting their world. Rei and her fellow Executors must face their pasts and confront their tears to overcome the Torments and monsters ahead of them. Will Rei save her sister’s Soul before it’s too late? Go to CRYSTAR Steam Store Page

CHAOS;HEAD NOAH - 30% OFF
Takumi Nishijo is a second-year high school student on the verge of becoming a shut-in. "I have no interest in 3D." He lives surrounded by his beautiful girl figures in his room. He lives in Shibuya, where there has been a series of bizarre serial murders known as "New Generation Madness" (aka NewGen). The culprit has yet to be caught and has been causing unrest on the internet and television. One day, a gruesome image that seemed to predict the next NewGen killing was sent by a mysterious figure called "Shogun." The next day, on his way home from school, Takumi encounters a horrific crime scene, exactly as predicted. Before the corpse is a blood-soaked girl - Rimi Sakihata. Go to CHAOS;HEAD NOAH Steam Store Page