» News » Save Up to 85% on Spike Chunsoft, Inc. Titles During the PlayStation™ Store Summer Sale

Save Up to 85% on Spike Chunsoft, Inc. Titles During the PlayStation™ Store Summer Sale 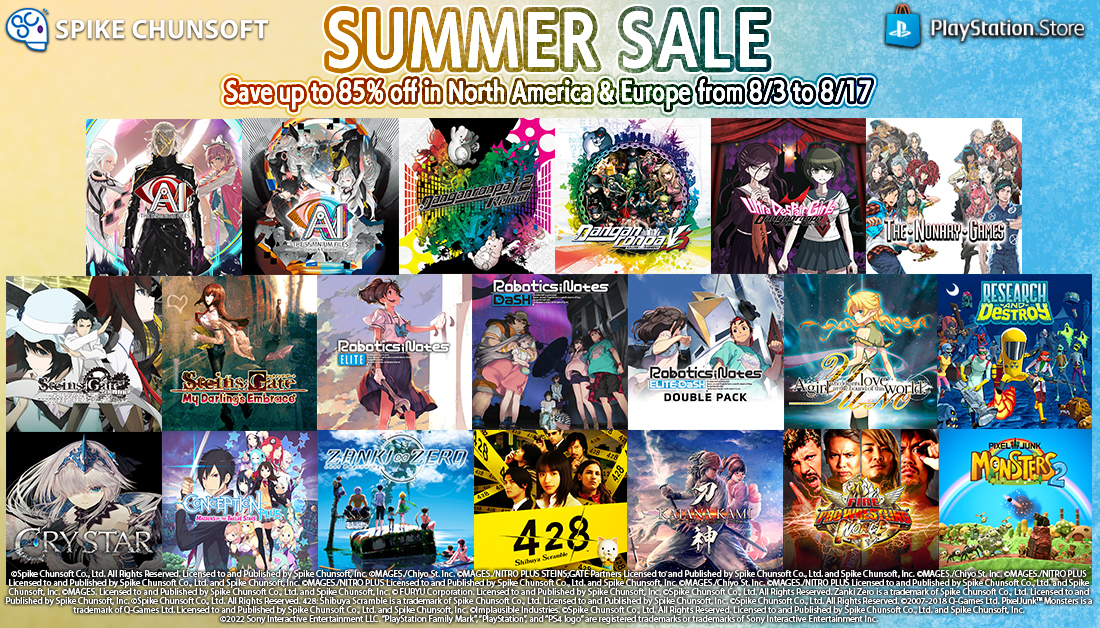 The PlayStation™Store Summer Sale is here. Players in North America and Europe can save up to 85% on these Spike Chunsoft, Inc. titles for PS4™ from August 3 to August 17, 2022. Visit the PlayStation Store for details.

AI: THE SOMNIUM FILES – nirvanA Initiative - 20% Off
Six years ago, the right half of a corpse was discovered. The left half was never found…until six years later, completely fresh with no signs of decay. Now, Special Agents Mizuki and Ryuki, along with their AI partners Aiba and Tama, are tasked to solve the bizarre Half Body serial killings while unveiling the mysterious plot known only as the Nirvana Initiative. Go to AI: THE SOMNIUM FILES – nirvanA Initiative PlayStation Store Page

428: Shibuya Scramble - 80% Off
Revolving around the lives of five protagonists who get dragged into a kidnapping case, you must make choices for each character that will undoubtedly alter the story for another, all within a ten-hour period. This creates the possibility of over 90 different endings! With an unconventional palette consisting of text, live-action stills, and video sequences to paint the narrative, 428 provides humor, uniqueness, and much intrigue that will entice you to reach all endings. Go to 428 PlayStation Store Page

Danganronpa 1•2 Reload - 60% Off
Hope's Peak Academy—home to the nation's best and brightest high school students...and your new prison. You and your classmates have been trapped here, forced into a winner-takes-all killing game. You'll have to solve the mystery of the school to survive, but be careful what you wish for—sometimes there’s nothing more deadly than the truth... You and your classmates at Hope's Peak Academy have been brought to Jabberwock Island by your teacher. It seems fun at first...until Monokuma returns to restart his murderous game! Solve the island's mysteries to escape! Go to Danganronpa 1•2 Reload PlayStation Store Page

Danganronpa V3: Killing Harmony - 60% Off
Welcome to a new world of Danganronpa, and prepare yourself for the biggest, most exhilarating episode yet. Set in a “psycho-cool” environment, a new cast of 16 characters find themselves kidnapped and imprisoned in a school. Inside, some will kill, some will die, and some will be punished. Reimagine what you thought high-stakes, fast-paced investigation was as you investigate twisted murder cases and condemn your new friends to death. Go to Danganronpa V3: Killing Harmony PlayStation Store Page

KATANA KAMI: A Way of the Samurai Story - 50% Off
Wanderer Set - 50% Off
Five Famous Swords Set - 50% Off
Play as a ronin during Japan’s Meiji Restoration in the volatile Rokkotsu Pass. The swordsmith Dojima falls into debt and his beautiful daughter is taken as collateral. Help repay the debt by crafting swords by day and exploring the mysterious, twisting dungeons of the Ipponmatsu Cave for valuable materials at night. Go to KATANA KAMI PlayStation Store Page 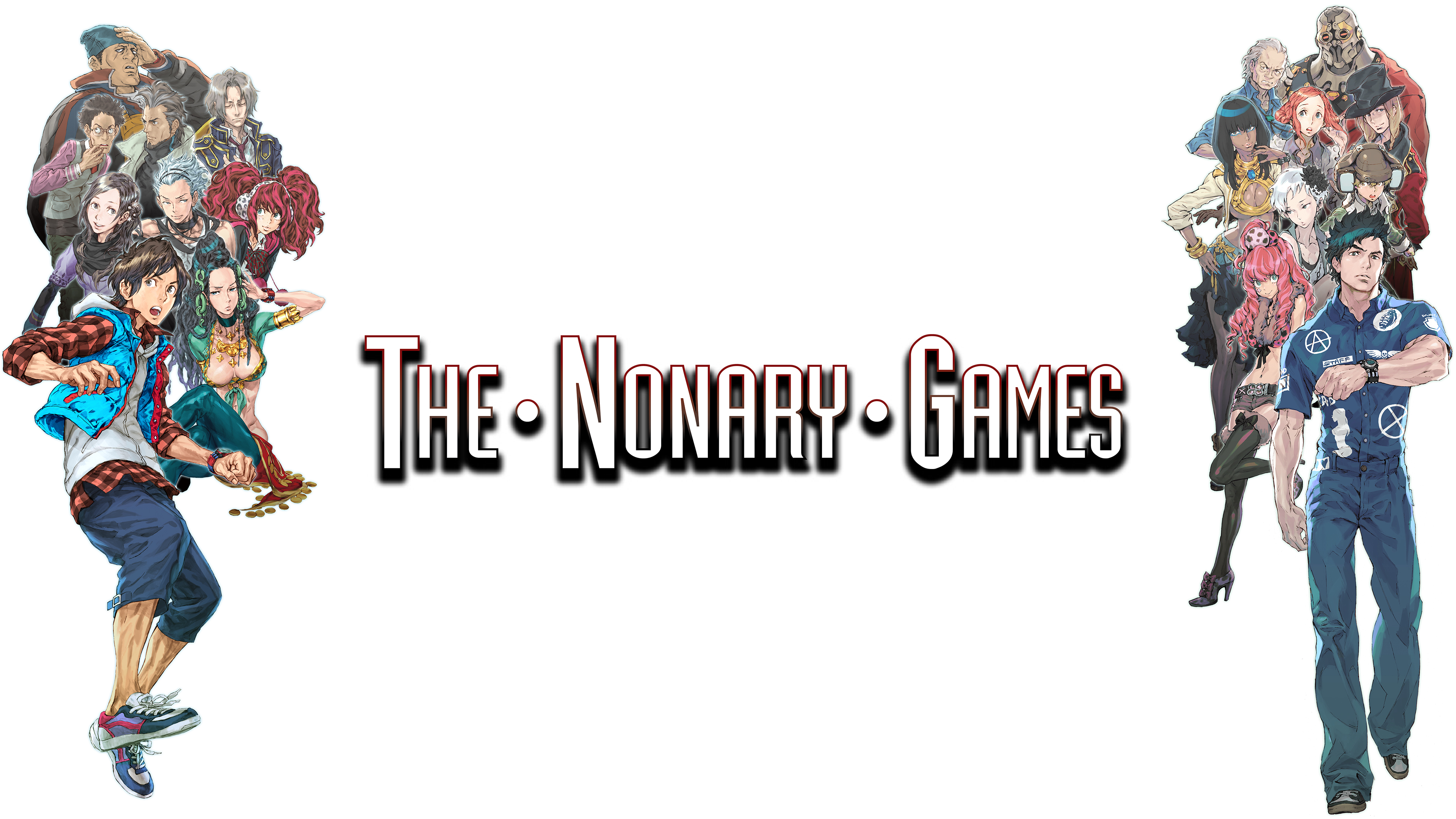