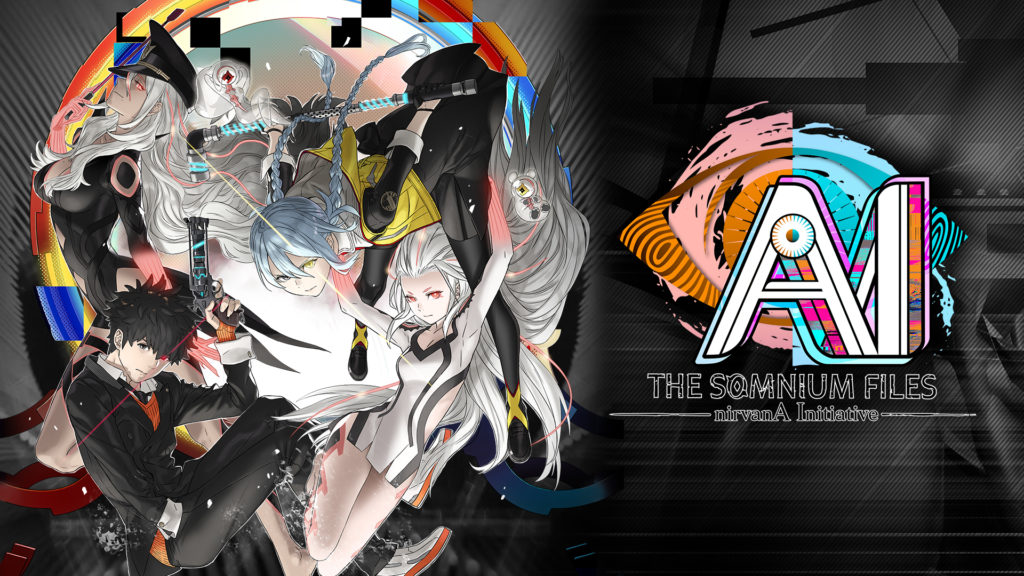 Moving between Dreams and Reality to Get to the Truth
In AI: THE SOMNIUM FILES - nirvanA Initiative, the two main protagonists Mizuki and Ryuki are members of ABIS, a special investigation team inside the Metropolitan Police Department. Along with their AI-Ball partners Aiba and Tama they are tasked with solving the bizarre Half Body serial killings. The game consists of two parts. The "Investigation" part takes place in the real world. Here players will examine crime scenes and listen to testimonies. In the "Somnium" part, players enter the dream worlds of suspects and key witnesses. Moving back and forth between the two parts, players can obtain the clues that can help them solve the case. 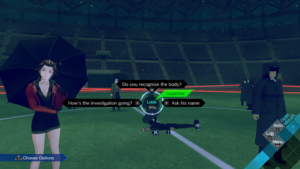 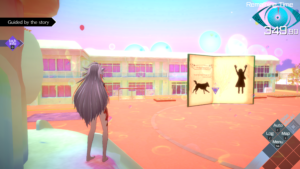 *All screenshots are from a development build and are not final.

Investigation Part: AI-Ball's New Capabilities
During Investigation, the story unfolds as players navigate the real world, examine crime scenes, and conduct interviews with suspects and witnesses. The main protagonists Mizuki and Ryuki each have a prosthesis in their left eye socket. This prosthesis or “AI-Ball” is equipped with advanced artificial intelligence, as well as visual functions such as X-ray and thermal imaging that can help them uncover clues.

For the sequel, AI-Ball’s features will be expanded. New capabilities include “Virtual Reality” in which special visual functions are applied to an entire space, while “Truth Reconstruction” reproduces an incident as if it were a scene from a television drama. The new “Wink Psync'' function will let players easily read the thoughts of others. Recognizing the lies and concerns of other parties will help move the investigation forward. 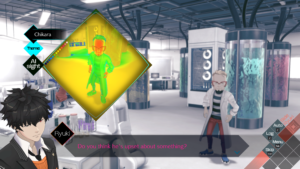 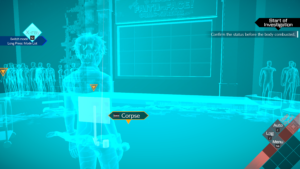 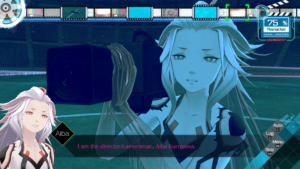 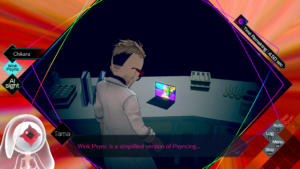 Somnium Part: Who hasn’t dreamt of flying?
During a Somnium, players can uncover new clues. Agents or “Psyncers” use Psync machine to enter the dreams of suspects and key witnesses. In the dream world, Mizuki’s AI-Ball Aiba or Ryuki’s AI-Ball Tama appear as women and assist their agents by conducting investigations on their behalf. The Psyncer can stay in the subject’s dream for only six minutes. The dream world’s structure is based on the subject’s personality and memories, and each world has its own rules. The object of a Somnium is to enter the deep consciousness of a subject, and unlock “Mental Locks” that hinder the investigation, all within the time limit.

The Somnium parts of this game will introduce new aerial and underwater dream worlds. In the original title, players could only move about on land, but with the introduction of upwards and downwards movement, players will experience a much richer variety of dream worlds. 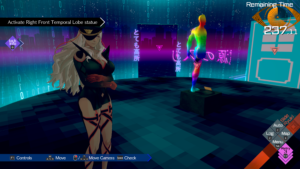 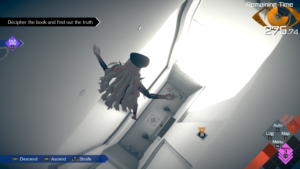 AI: THE SOMNIUM FILES - nirvanA Initiative will be available for Nintendo Switch™, PlayStation®4, Xbox One, Windows 10, and Steam® on June 24, 2022 in North America and Europe.