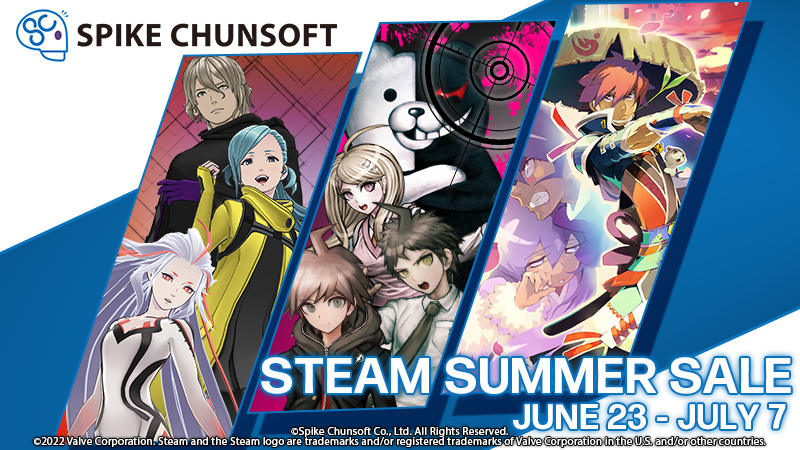 It's time for the Steam® Summer Sale. Save up to 90% on select Spike Chunsoft titles from June 23 through July 7, 2022. Find out more about the games and discounts below. For additional details visit the sale page on Steam.

CRYSTAR - 60% OFF
CRYSTAR DLC - 50% to 60% OFF
For when I weep, then I am strong. A girl named Rei and Mirai, her little sister, are dragged into the afterworld of Purgatory. To save her sister, Rei signs a contract with the Demons of Purgatory to fight the monsters infesting their world. Rei and her fellow Executors must face their pasts and confront their tears to overcome the Torments and monsters ahead of them. Will Rei save her sister’s Soul before it’s too late? Go to CRYSTAR Steam Store Page