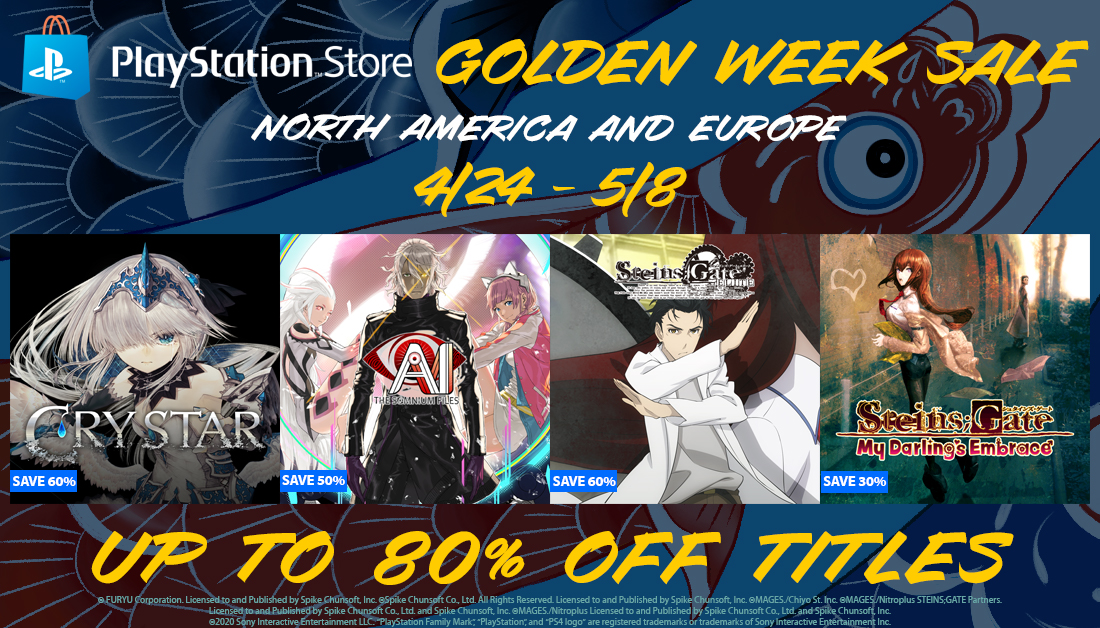 It's time for PlayStation® Golden Week Sale! Spike Chunsoft, Inc. titles are up to 80% off on the North American and European PlayStation™Store! The sale runs from April 24, 2020 to May 8, 2020. Find out more about the games and discount percentages below.